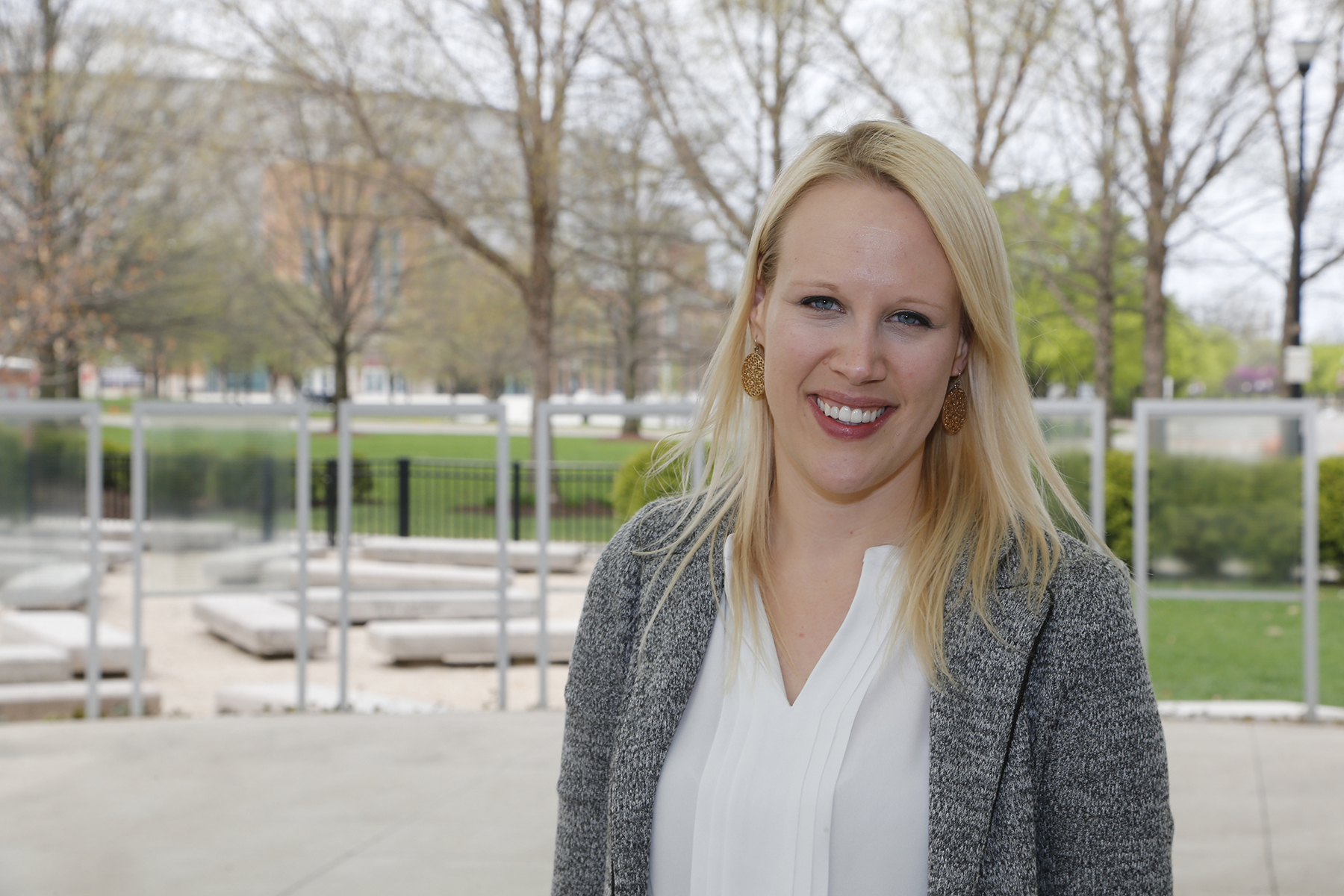 Living by the adage “service is the rent we pay to live on the earth” and a passion to teach others to do the same, Department of Sociology Professor Hollie Nyseth Brehm educates students about different cultures and societal phenomena and shows them how to use their education to change the world.

In 2016, Hollie led a group of undergraduate students to create a student organization and nonprofit, Refuge, to provide central Ohio refugees with the knowledge and resources to pursue a higher education. Hollie’s goal is to help refugees attend college, which diversifies student bodies at top universities.

Students at Ohio State work with Hollie to mentor refugee high school students as they apply to college and, in the process, learn about diverse cultures. Students in Hollie’s classes also conduct community projects that facilitate similar learning experiences. For instance, her Global Criminology students interviewed refugee families about their experiences integrating into central Ohio.

Whether she’s working with Refuge or with students in her classroom, Hollie takes open-mindedness and respect to the next level when preparing students so they can help in ways that truly contribute to the well-being of everyone. Part of this involves challenging students to be aware of their own privilege.

“I see a lot of students coming into Ohio State with big ideas on how to save the world,” Hollie said. “I want to encourage them to pursue these ideas after taking the time to learn about the world and while they engage in continual reflection.”

In what she calls her biggest achievement at Ohio State, Hollie created a study abroad program that takes students to Rwanda to learn the causes, impact and aftermath of the genocide.

“Study abroad is particularly impactful because of the great benefit it has on students’ lives and their engagement at Ohio State,” Hollie said. “I’ve seen students shift their life goals after this trip.” 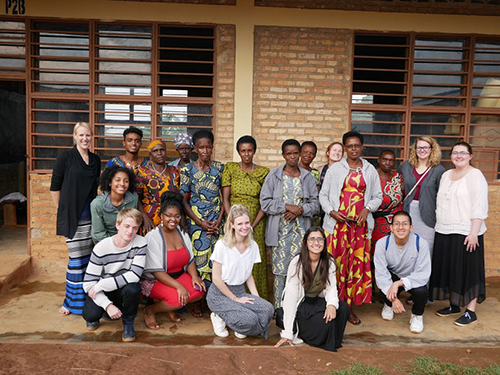 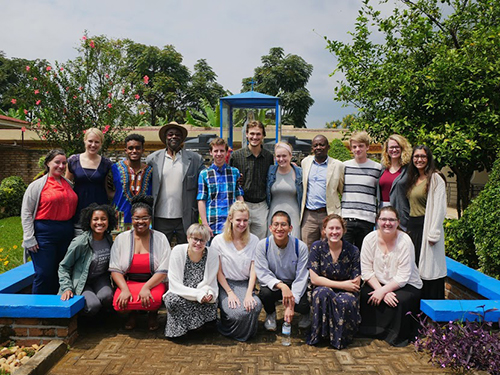 Hollie and Ohio State students with people who rescued others during the Rwandan genocide.

The passion for educating about genocide was inspired by a lecture Hollie heard in her undergraduate career on the countries who have experienced genocide, few of which she had heard of before then.

“I was shocked at that lecture because I had little knowledge that genocide had occurred in most of the countries the lecturer spoke about,” Hollie said. “I think it’s important to recognize genocide continues to happen and that extreme discrimination affects people worldwide on a daily basis.”

Hollie’s desire to provide more students with access to education motivates her to serve underrepresented students like refugees and strengthens her commitment to Ohio State’s mission of education for all.

“Education is a human right and I like how Ohio State supports this right by providing opportunities that make education more accessible for people from different backgrounds,” Hollie said.

Known by her colleagues and students as a compassionate person and selfless educator, Hollie reflects Ohio State’s dedication to excellence and diversity.

For her accomplishments and unwavering commitment to diversity, Hollie was recognized with a 2019 Distinguished Diversity Enhancement Award.

HR guidance about planning for the return of employees to campus was shared with faculty, staff and graduate student employees across the university to establish work expectations as we reactivate our campuses. Safe and Healthy Buckeyes also provides guidance on protocols and preparation.

Following the pause for Workday implementation, Career Roadmap is resuming activity with a new launch date in early 2022. When launched, Ohio State’s Career Roadmap will be a new approach for hiring, compensating and developing staff.

What you need to know about fraudulent unemployment claims

In the past year, the number of fraudulent unemployment claims filed in the United States has dramatically increased. This is not an issue that is unique to the state of Ohio. However, Ohio State employees need to be aware of the threat and know how to access the resources available.

A revised Human Resources Paid Leave Policy, 6.27, will go into effect January 3, 2021, and expand parental leave eligibility, amongst other revisions. The policy will also be renamed “Paid Time Off.”

Juneteenth will be recognized as a university holiday. The Juneteenth holiday is to be staffed like other holidays with the staffing necessary for critical operations.

The Distinguished Staff Awards, the university’s highest staff recognition, annually honors individuals for their exceptional leadership, accomplishments and service to The Ohio State University. Congratulations to the 13 recipients recognized for their outstanding work in advancing the university’s mission.

For the eighth consecutive year, The Ohio State University was named the (614) Magazine ColumBEST Top Employer. The special edition of the local Columbus magazine recognizes the very best our city has to offer.

Most Promising Places to Work in Student Affairs 2021

For the seventh year in a row, Ohio State’s Office of Student Life has been named one of the Most Promising Places to Work in Student Affairs by ACPA-College Student Educators International and Diverse: Issues in Higher Education.
News Home